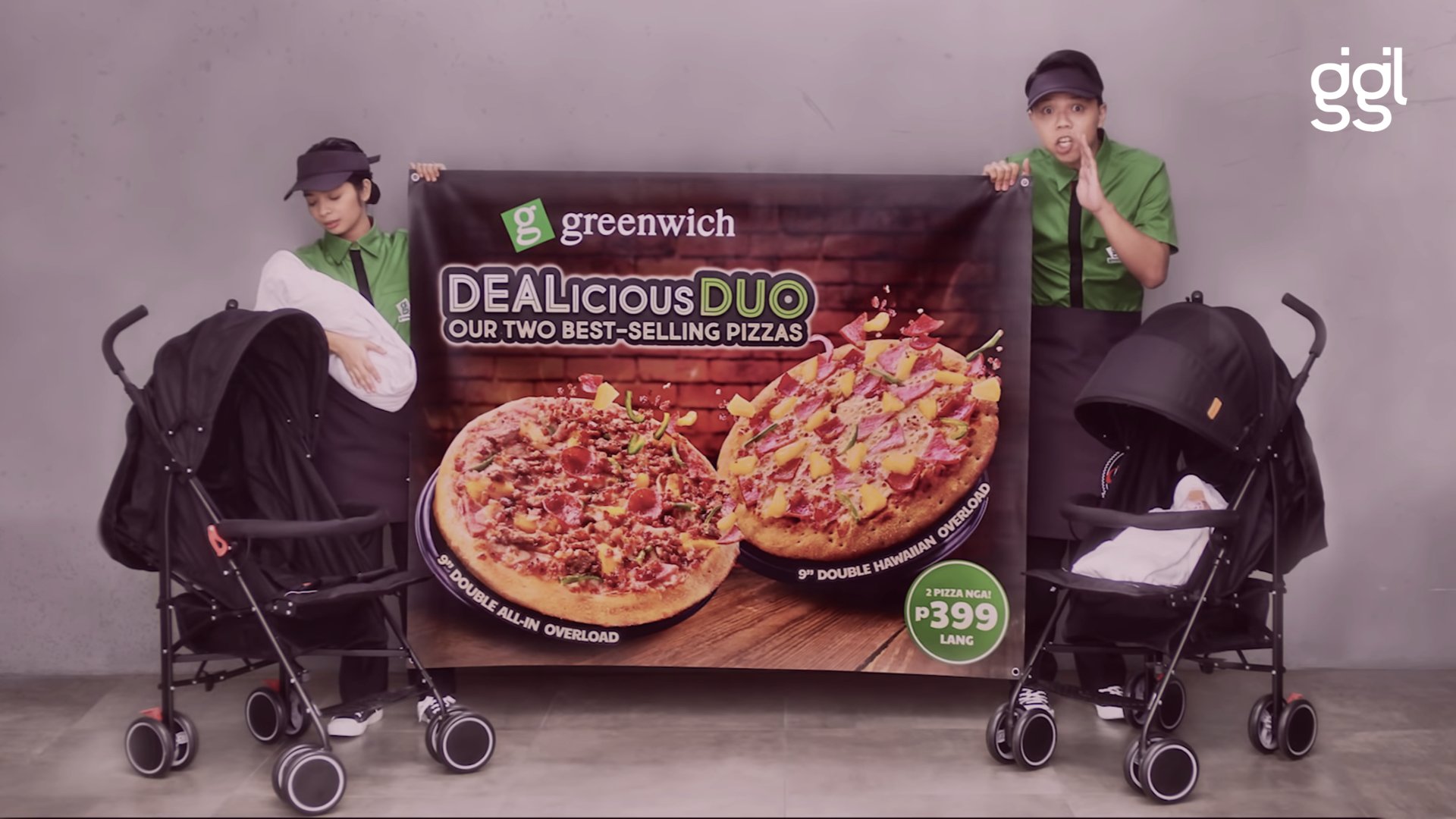 Following the success that the Greenwich “Apologetic Pre-Rolls” garnered since its launch in 2020, Greenwich Pizza has again partnered with GIGIL to issue a sequel to the now-famous “store staff members” that starredin their viral online ad.

Greenwich’s “Apologetic Pre-Rolls” were a series of YouTube pre-roll ads created to promote their newest offering: Greenwich Take Home Bestsellers. But unlike most unskippable YouTube ads that don’t realize how much they annoy YouTube viewers, Greenwich built the idea on the inconvenience they’re causing, taking the disruption out of ads that are basically disruptive.

As a sequel to promote their new set of pizza and pasta deals, GIGIL and Greenwich campaign  brought back the pair and decided to progress their work relationship into something romantic. Together with GIGIL, the #1 pizza brand in the country created a new series of four apologetic pre-rolls that were designed to make audiences take a double look. At first glance it’s the same store staff members of Greenwich, but a closer look in each spot reveals a progression in their relationship.

The campaign has since been a case study by Think With Google as an example as to how advertisers can maximize YouTube’s platform. “You don’t need a lot of time when you only need to say a little,” says the website that compiles who’s pushing the boundaries of what’s possible on [Google’s] platforms. “These clever spots for Greenwich take an analog approach to bumpers with a simple apology for the interruption. It’s a technique that not only helps set the tone for the brand, but also cuts through what audiences are expecting on the platform.”