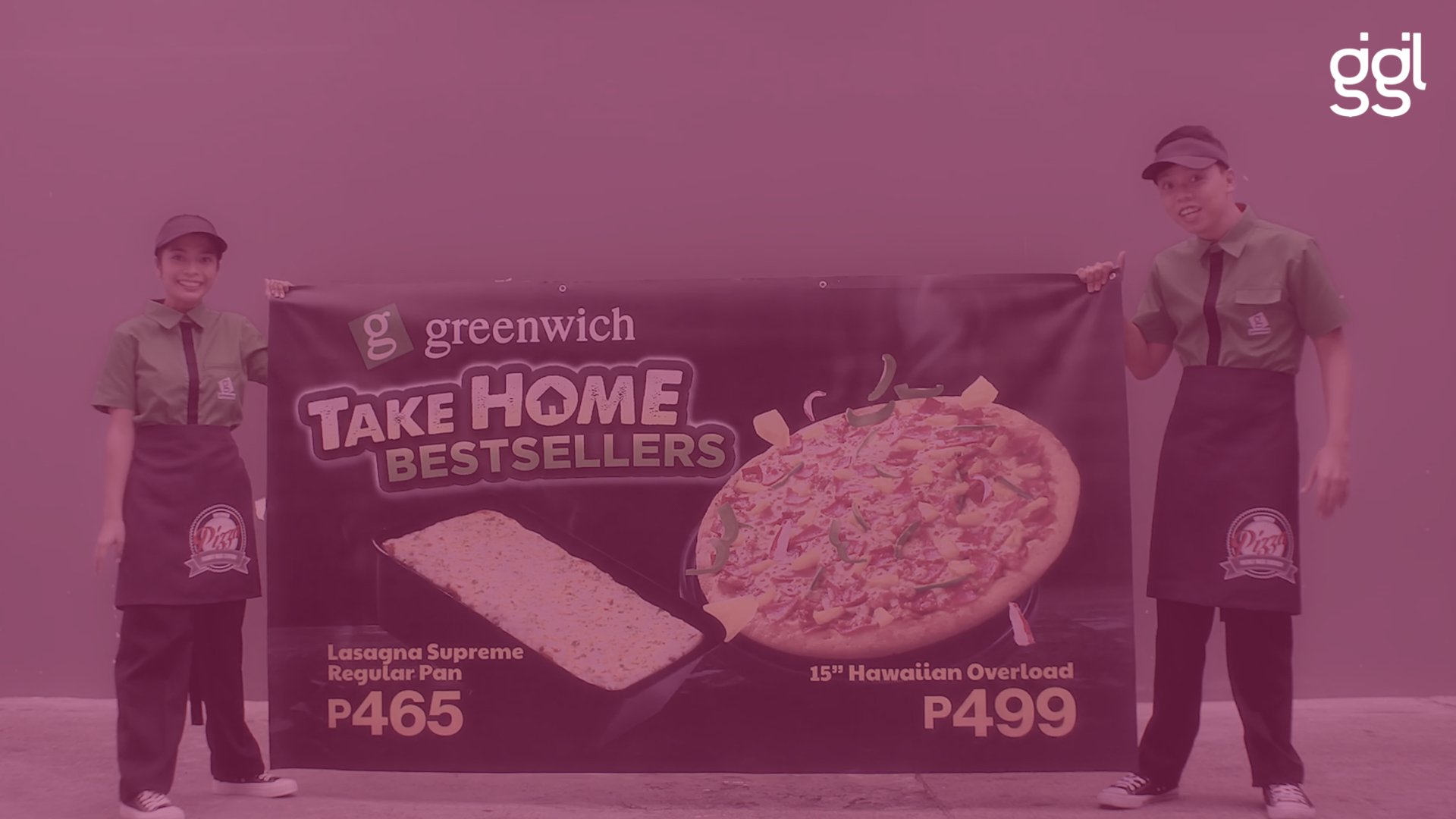 Social media is loving Greenwich‘s latest funny YouTube spots, featuring two of their staff who are apologizing because they know they’re interrupting the viewer’s experience.

Greenwich recently launched a series of YouTube pre-roll ads to promote their newest offering: Greenwich Take Home Bestsellers. But unlike most unskippable YouTube ads that don’t realize how much they annoy YouTube viewers, Greenwich built the idea on the inconvenience they’re causing, taking the disruption out of ads that are basically disruptive. Here’s a link to the campaign’s case study video:

Greenwich Managers Pam Reyes, Ping Castillo, and Charisse Pabillore had this to say about the campaign they launched with GIGIL: “They say, ‘take risks because life is short.’ We say it is applicable to YouTube ads. We took a gamble and trusted our agency, our audience, and most especially – our brand identity. Now, we are relieved to have come to realize that playing safe is even more risky.”

The campaign has also been a case study by Think With Google as an example as to how advertisers can maximize YouTube’s platform. “You don’t need a lot of time when you only need to say a little,” says the website that compiles who’s pushing the boundaries of what’s possible on [Google’s] platforms. “These clever spots for Greenwich take an analog approach to bumpers with a simple apology for the interruption. It’s a technique that not only helps set the tone for the brand, but also cuts through what audiences are expecting on the platform.”

To date, the campaign has helped Greenwich with a 29% increase in orders across all their stores vs. pre-campaign.