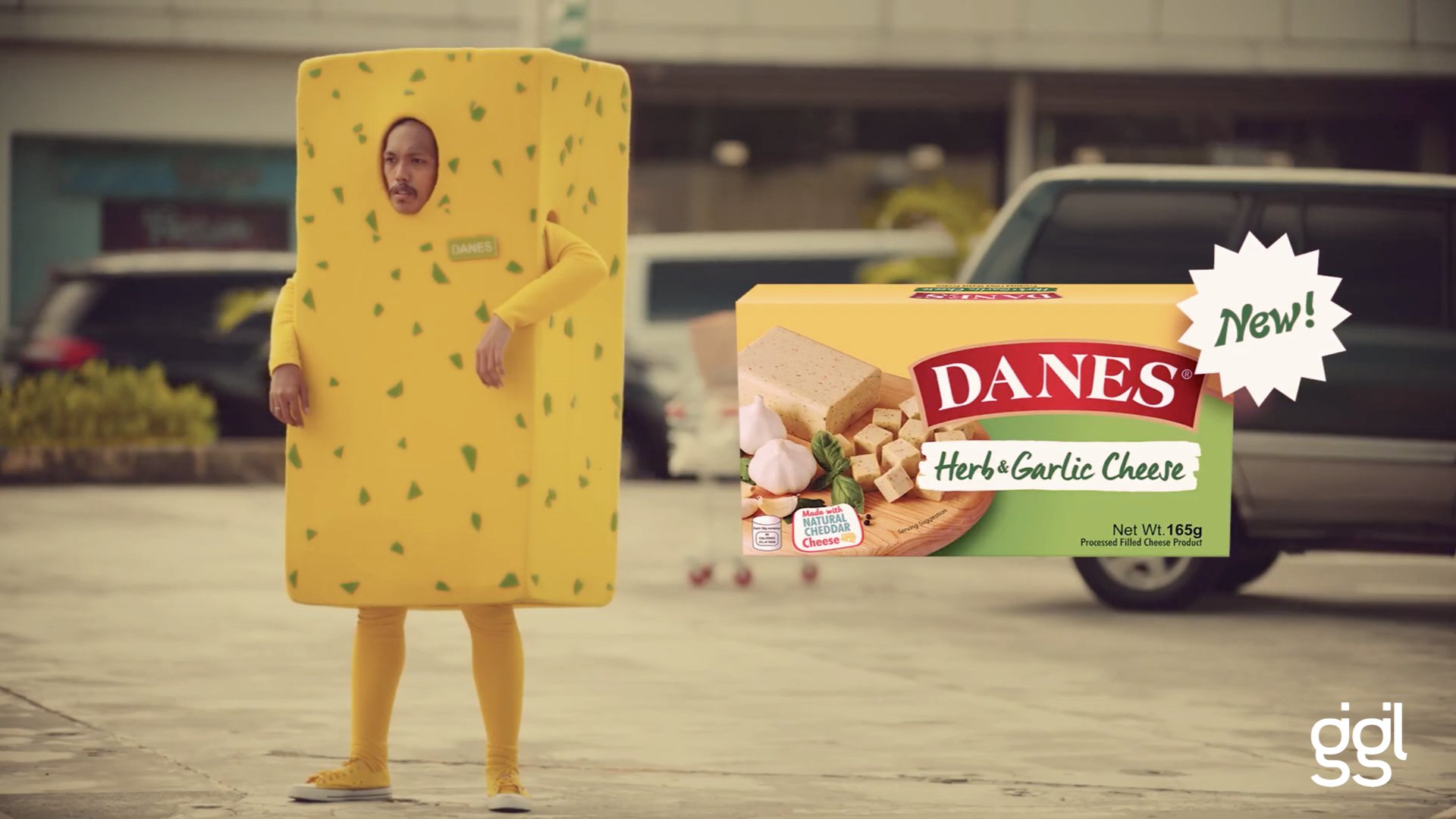 To launch the extended line of Danes Flavored Cheeses, CDO again partnered with GIGIL to launch a film this 2021. This new film entitled “Confrontation” builds upon the 2020 viral film “Bacon”’ which is filed under adobo magazine’s Top 10 ads of 2020.

But for the new installment, the now-familiar humanoid Danes cheese mascot receives an expanded lore that introduces his parents “Daddy Cheese” and “Mommy Bacon.” In the same film, “Danes Bacon” also discovers that he has 3 other siblings: “Sweet & Creamy,”’ “Chili Cheese,” and “Herb & Garlic.”

In an interesting turn of events, one of GIGIL’s copywriters was actually cast as Danes ‘Herb & Garlic’ cheese in the Danes team’s latest film. We caught up with Zion dela Peña for an interview for this first story for GIGIL Files.

How did you get cast for the Danes Cheese commercial? What did it feel like and what went on your mind when you first learned about it?

What preparations did you take when you got invited to join the cast?

Do you have an acting background?

I have theater arts credentials in my science high school.

We heard you were from GMA before you joined GIGIL, did that experience help you in your rise to stardom?

No. Stardom is in my genes.

How was the shoot for the commercial? What was the experience of being a humanoid cheese block?

What was it like being in a GIGIL commercial?