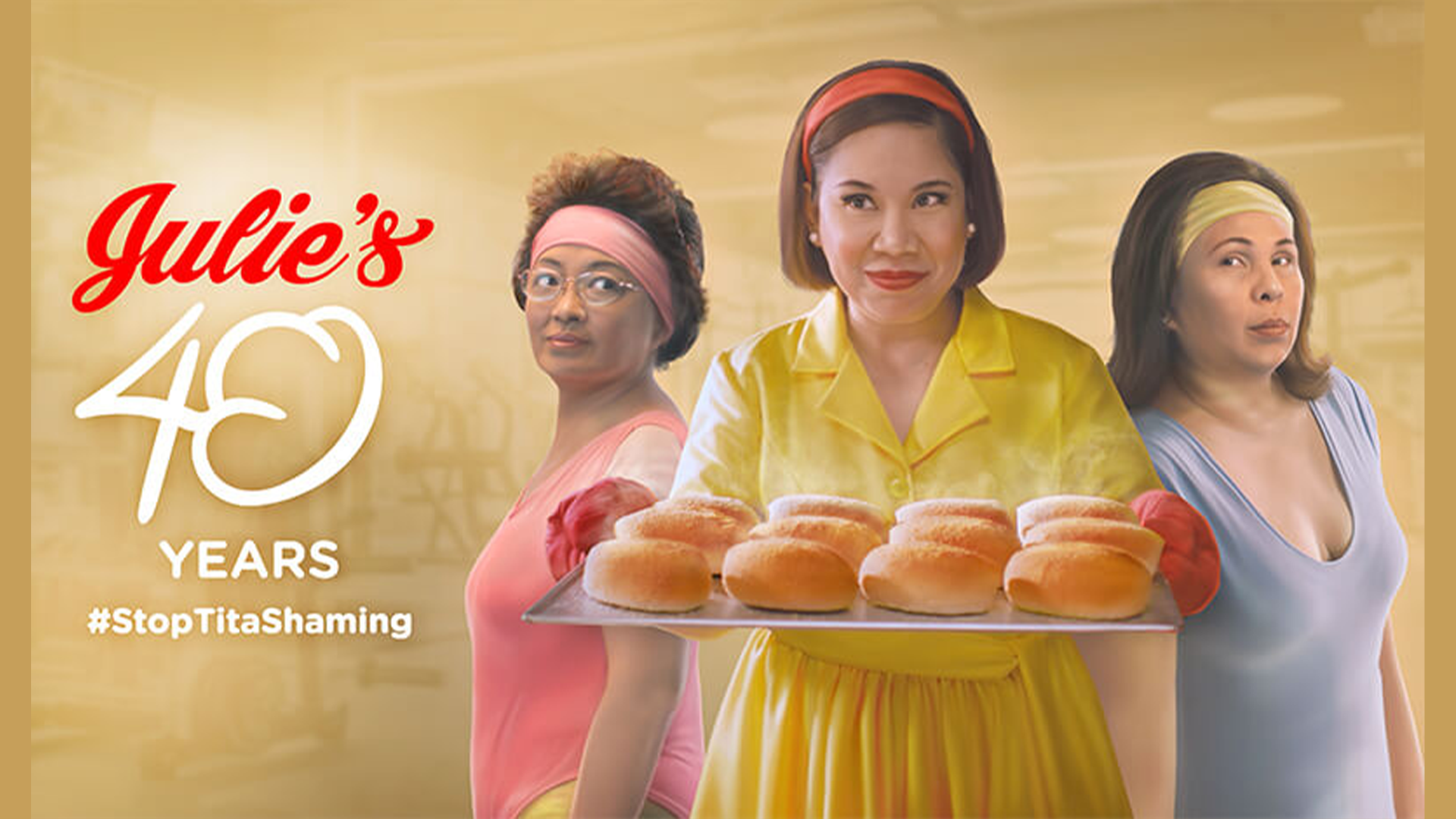 GIGIL issues: No to Tita shaming!

It’s time to settle your issues with your titas because Tita Julie’s is here—and ready to stop tita shamers. In its newest ad conceptualized by GIGIL, Julie’s Bakeshop, a local neighborhood bakeshop chain, wants tita shamers to stop making aging an issue.

The spot shows two middle-aged women working out at a local gym. A scrawny man approaches and starts mocking the two. Tita Julie in egg-yellow, with a red apron and headband to match, enters the scene and claps back. Then, something happens that leads viewers to sharing the film on different social media platforms, calling out tita shamers to stop creating issues about age.

“When you say ‘Auntie,’ it doesn’t automatically mean you’re talking about women who are stuffy and formal. Aunties can be cool and very dynamic,” said Marc San Juan, National Marketing Head of Julie’s Bakeshop. “Our founder, Mrs. Julie Gandionco, was already in her 50s when she decided to start her own bakeshop.  Now it’s grown to a network of more than 450 stores all over the Philippines,” he added.

The ad created by GIGIL pays homage to the Julie’s Bakeshop founder Julie Gandioco who started the local neighborhood chain in Mandaue Cebu in her 50s and to other women who proved that age is not an issue.

People from all over the world shared their reactions to the surreal ad, and commented their support for Julie’s and its efforts to #StopTitaShaming.  Even FilAm drag queen and Rupaul’s Drag Race alum Manila Luzon couldn’t help but to chime in on the film’s silliness.

To date, Julie’s ad has garnered more than 3.5 million views on their Facebook page alone, with 23 thousand shares across the platform.

Watch the ad to see how GIGIL issues: No to Tita shaming!:  https://www.youtube.com/watch?v=7fbd3x3m2gw